20 years for any association is big and if that is of competing education agents, it is news by itself. However, now that the immediate euphoria following the event is subsiding, let me analyse the messages coming from the event.

AAERI celebrated its 20 years in style with all senior members of Australian High Commision led by the HE High Commissioner and including full strength DIBP, DET and AUSTRADE fully backing AAERI as an ideal self-regulatory framework that has passed the test of time and that too in presence of 50 Education Providers from Australia apart from AAERI members. Photographs and comments on the event can be found inter-spread on the social media and so this blog will go beyond that to provide an analysis from my perspective. 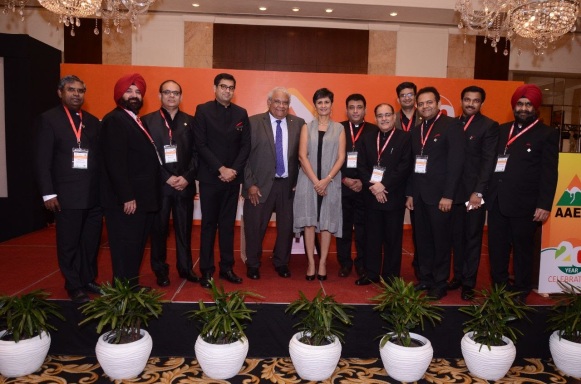 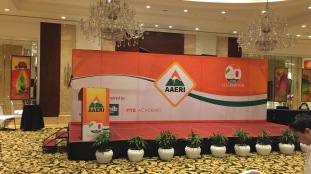 Lets begin with one MYTH that AAERI has broken:

MYTH: EDUCATION AGENTS are often dodgy and fiercely competitive to be able to sustain a self-regulatory framework.

AAERI that was written off almost as it was formed in 1996. Today it is celebrating 20 years and have full public backing of Department of Education and Training, Department of Immigration and Border Protection and Australian Trade Commission. At the event, DIBP publicly stated its support for AAERI and the role that AAERI fulfils. Australian High Commissioner Ms Harinder Sidhu, in her speech confirmed the same and the Guest of Honour, Prof Tom Calma, who had helped its setup during his tenure at Australian High Commission in 1996 and currently Chancellor of University of Canberra opined that it can be a model for self-regulatory frameworks around the world and that it can be the basis for accrediting education agents. Do I really need to say more? Nothing is perfect and there can be always some improvement even right now but the fact that AAERI has been adapting and becoming ever more professional as an industry body, speaks volume.

And now the MESSAGES:

Australian Education Providers and their representatives spend considerable energy and resources in promoting in India and the return for them is the successful enrolment of the student. There was once an Immigration condition on student visas that restricted students switching to other providers for a period of a year. In recent years, the provision was removed and a new ESOS (Standard 7) provision was introduced that meant that if a student switched institutions within the first six months of the main program, they required a release from the first institution. However, it is understood that ESOS is being amended and the Standard 7 provision that protected the Australian Education Providers and their representatives is likely to be amended and will allow students the right to change institutions without a release letter.
AAERI has pointed out that this will give rise to “touting” by onshore dodgy migration agents and by certain onshore private providers that have already been doing most of their international recruitment onshore only through offer of generous discounts and cash backs. Once the ESOS restriction is removed, this will further become common and the ones to lose will be the Australian Universities and their offshore representatives.
While AAERI recognises the right of a student as a customer and also recognises that there can be some genuine reasons for them seeking a switch, it draws the attention of policy makers to the practises in US and NZ. In US, while offshore commissions are being gradually allowed, commission for recruitment of International students already onshore is banned. In NZ, a few year back stiff restrictions have been placed to dissuade onshore agents from actively poaching students and this includes linking the visa to a provider, the first provider being able to retain upto 25% of the paid fees and now many of the institutions don’t pay commission to onshore agents if the switch is taking place during the first program of study itself.

AAERI has floated a petition (which has even been recommended recently by Australia’s influential newspaper THE AUSTRALIAN ) which demands ban on payment of commission for onshore recruitment of students. Especially during the first program of study. This will mean that there will be little incentive for the onshore migration agents to actively tout the student while allowing genuine students with the ability to switch if they have a reason for. THIS MUST BE PART OF THE ESOS RECOMMENDATIONS ALONG-WITH ACCREDITATION OF ONSHORE EDUCATION AGENTS.

MESSAGE TO THE EDUCATION PROVIDERS:

AAERI reminds education providers that the Australian Bachelor Degrees that are completed using a pathway diploma are not recognised as equal to Indian Bachelors. Thus this means that students who enrol in such programs are better off finding a way to settle down in Australia somehow since if they do return to India, they are not likely to able to ever enrol in an Indian Masters (like MBA), take a job with the Indian public service (like civil services), take a job with Indian banks (like POs) or with other pubic sector companies. Indian private employers mayn’t bother about the equivalence certificate but will anyone please point out any Indian leading private sector company that hire simple Bachelors. While the Government, Universities or Public Sector hire using an examination system that requires one to have a Bachelors, the foreign returned degree holders have to provide an equivalence certificate from AIU. This is where the issue comes up. These un-equal Bachelors students are not able to even enrol for another degree at the higher level in India too as then too they need to prove that the packaged program that they completed from Australia (Diploma to Degree) is actually equal to a Bachelors in India.

Australian Government has been lobbying with the Indian Government for recognition of such degrees as each year there are hundreds of affected returning students. However, I foresee no immediate understanding and outcome from the Indian MHRD.

The ethical dilemma is with the Education Providers who recruit students for Bachelor Degrees using the pathway option. Students enrolling are knowingly never told in advance of their admission that the program that they will study will not have the equivalence in India and apart from several type of jobs, the students can’t even enrol in regular Masters (even at low level Government Universities). To top it all, such students are assessed as being GTE (Genuine Temporary Entrant) requirement of the DIBP which means that they are proceeding to study in Australia with a clear intent to return to India after the studies. Now that such students (half of all Undergraduate students enrolling in Australia) are being recruited, is it not a requirement that the institutions that are travelling into India and recruiting actively (and even having offices in India) inform the student in advance.

The ESOS act requires from Education Providers and I quote that :

Students must be provided with information that will enable them to make informed decisions about their studies in Australia.

Thus will it not be appropriate that prior to admitting or making an offer of place, the student is advised that while the packaged diploma leading to degree will enable a Bachelor Degree, it will not be a qualification that will be valid in India? (Though AAERI has not made a formal petition for this, I believe that since AAERI members and Education Providers have to abide by ESOS Act provision, they will do so for the best outcome of the student and for the best interest of Australian Education)

I did detail the above in my part of the AAERI mega event and it was the right forum to bring the burning issues out in open in front of the Department of Education and Training, Department of Immigration and Border Protection, Australian Trade Commission, 40+ Education Providers from Australia, Australian High Commissioner in India and others linked to the Industry. Australian Universities are of high standards and figure well in Global Rankings. They can attract students through clear and transparent message and without hiding facts from the students. I also believe that pathways are excellent second options and one day, the Indian policy makers will be wise enough to see the sense in them. Till then let us provide students with information that enable them to make informed decisions about their study in Australia.