At gatherings, I often humour by indicating that I like the stage but that public attention that I desire is for what I put out passionately and often only pertaining to what I believe in and almost always in the interest of the industry. Honestly, I find it embarrassing and untruthful to be claiming to be the “best” or even “better than the rest”. The push of my endeavours is to seek differentiation and to attempt to go one notch ahead of myself at each step. That is, it.

However, there is also GLOBAL REACH which was conceived in 1991 and which has had my contribution but also of hundreds of other individuals. Even the idea in 1991 was of three friends who shared the same residence at Bond University in Australia and in-fact, ran with the concept together in the initial phase. Thereafter GR (as we lovingly refer it as) moved beyond infancy into adulthood, has breathed on its own and has had several guardians over the years. Employees who believed in this start-up to give their working lives to, associates and partners at various locations who invested in the idea and of course the Education Institutions who contracted their student recruitment to it. The GR mission statement also refers to Government Agencies as its customer and this includes the Immigration department.  So, when Global Reach is identified and declared the finalist for the “Education Agency of the Year” at the inaugural PIEoneer Awards, the spotlight is firmly on the company and what it stands for.  It is embarrassing and unfair for it to be identified as solely my achievement, which it is not.

Congratulations to GR and its GReat teams and all those associated with it. I would only like to add my personal thanks to all of them too and also to all others who have encouraged me to pursue. This includes the readers of this blog. Congratulations to the concept of “education representation agency”, which too took birth around 1991. 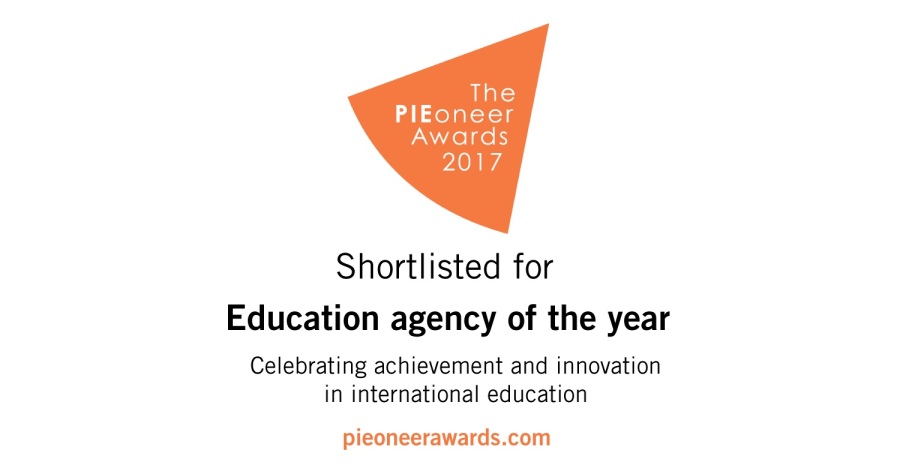 The PIE is an independent media and recruitment company offering a market-leading portfolio of services for professionals working in international education.

The flagship website The PIE News is a widely read and highly trusted source of news and business intelligence about the global international education industry.

The shortlist for this award category (Education Agency of the Year) is as follows:

As well as demonstrating significant global expansion in the last year, with 9 new offices opened, ESL launched its own awards programme to showcase best practice from its partner schools based on feedback from ESL staff and also student ratings, to combine both B2C and B2B perceptions. It runs a CSR self-assessment tool and is actively involved with product development with school partners and offering a broad variety of destinations and product types.

Global Reach has a long track record of pioneering approaches to education counselling via engagement with governments on pilot visa trials, based on compliance. It shows a commitment to improving standards in southeast Asia and has expanded into Bhutan. Organising fam trips for its staff also underlines its approach to best practice placement. A new strategy for 2016 saw a commitment to career counselling beyond education services.

UKEAS was strongly endorsed by a university partner for its determination to stick to high customer service standards in a country that can be unpredictable to navigate. The agency has expanded to be a testing centre and introduced a fee-free model for students, gaining market share quickly. It also runs nationwide exhibitions that are innovatively organised. It counsels clients on a range of destinations including Turkey, China and Mauritius.

The details on the first-ever awards and full list of categories is provided by PIE News on this link and I quote from that:

Hundreds of entries were received and pared down to just three to four for each of the 12 categories which include Marketing Campaign of the Year, International Alumni of the Year and Digital Innovation of the Year.

“With entries sent from all over the world including Colombia, Bhutan, the Netherlands and Nigeria, the shortlist truly represents the best of the global education sector,” commented Amy Baker, managing director of The PIE.

“We launched these awards to champion the innovation in international education we see daily through our coverage of the global sector and we were blown away both by the quality and calibre of entrants. I can’t wait to see who wins in September.

PIEoneer of the Year could go to the Malaysian Qualifications Agency, the Global Leadership League or the International Alumni Job Network.

The shortlisted international alumni feature students from Iraq, Saudi Arabia and Asian Sofia Amin, a Malaysia student who studied at the University of Glasgow. Amin is a bone cancer survivor who lost a leg aged 16. She completed a PhD in Disability Studies university and is now a leading expert and advocate for disability in Malaysia.

Up for agency of the year is ESL in Switzerland, UKEAS in Nigeria and Global Reach in India. Meanwhile the UK’s #WeAreInternational campaign is shortlisted for Marketing Campaign of the Year as well as Loughborough University’s Road to Rio project, ETS’s #TOEFLGrownUpMoment campaign and Study Queensland’s summer scholarship program.

Jason Newman, commercial director at QS, gold sponsor of the awards, said, “QS is extremely proud to support the PIEoneer Awards: an initiative that we believe is providing essential support and recognition to those driving sectoral transformation.

“QS has supported entrepreneurship, original thinking, and educational development for nearly three decades, and we are delighted to partner with a scheme that shares our commitment to these valuable ideals.”

“The work done by these entrants both empowers students to make better educational choices, and improves those universities that are seeking to become the preferred destination of international students. Both aims remain integral parts of QS’s mission”

The final decisions will be made by a 15-person panel of international education leaders worldwide. The winners will be announced at a formal ceremony at the Royal Institute of British Architects in London September 8 with an after party at the top of the iconic Gherkin building.

Go here to see the complete shortlist and read more about the finalists. 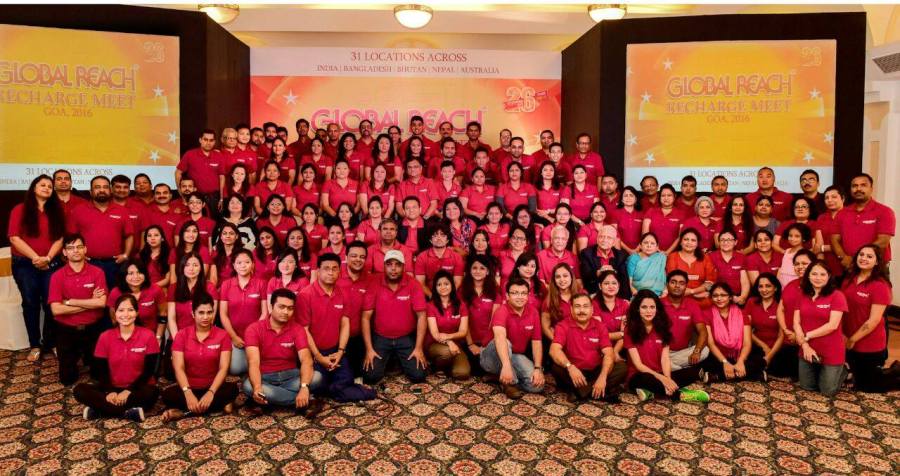